Where’s My Mickey is a treat to Mickey Mouse fans. It is a puzzle game from the house of Disney. Solid game play and cute little Mickey in his classic shorts, makes this game special for children everywhere. It is a good option when you want to encourage problem solving skills in your child. It has been designed for kids above the age of 8. The puzzles are interesting for both children and adults alike. It is one Android app that can keep your kid hooked for hours, so read on for the full app review. 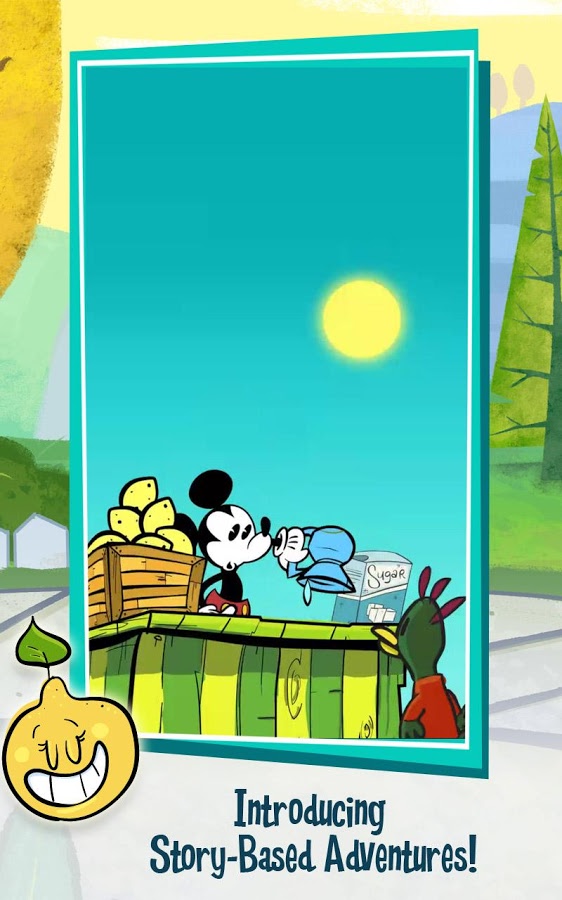 Puzzle in a Story

Where’s My Mickey is the third in Disney’s “Where’s my…?” series, after “Where’s My Water?” and “Where’s My Perry?” The game gains its charm from the classic and well-loved Disney character, Mickey Mouse, along with universal favourites, Goofy and Pluto. Like the previous games in the series, the puzzles are based on physics-related concepts. The player has to carve a path, avoiding obstacles and arrange water for Mickey for making lemonade, putting off a fire or watering plants. Each level comes with its own twist.

This game can help your child to learn problem solving skills as well as improve his/her knowledge of the trial and error method. Unlike the previous games, this one weaves a story around each task, which makes it all the more interesting. This game will also tickle your child’s funny bone, as Mickey scratches his butt! 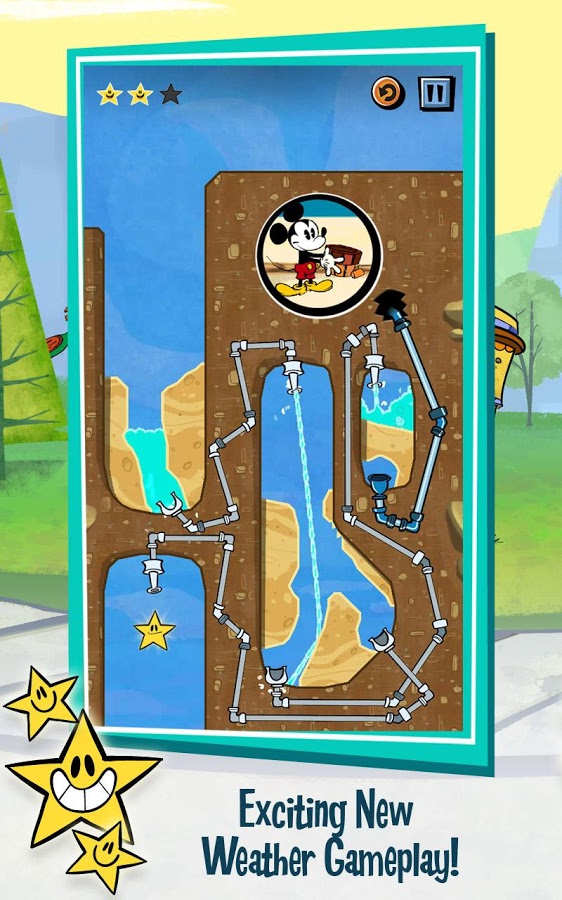 More Fun on a Tablet

Unlike the previous games in the series, the Where’s My Mickey? Android app has the entire game play above water. New elements are added, such as clouds, winds and planting mechanics. The player earns stars on completion of each task. There are also collectibles at each level, which can be used to unlock mini-games. There are also sample Goofy games available for your kid to try. There is more good news for tablet owners, since they can download 20 special “extra large” levels, specifically designed for large devices, such as tablets. Puzzles are bigger and the players can also take advantage of the bigger screen.

What’s Missing in the Android App?

Unlike the previous games in the series, Where’s My Mickey? doesn’t have as much visual appeal. The character, Mickey Mouse, is from the initial Disney drawings of the character and lacks the sharp look of characters in the earlier games. The game play is repetitive and the app is not really free. You only get 10 rounds and then you have to buy the rest of the game. The soundtrack is also mediocre. What hampers a gamer’s experience is the ads that pop up after each level.